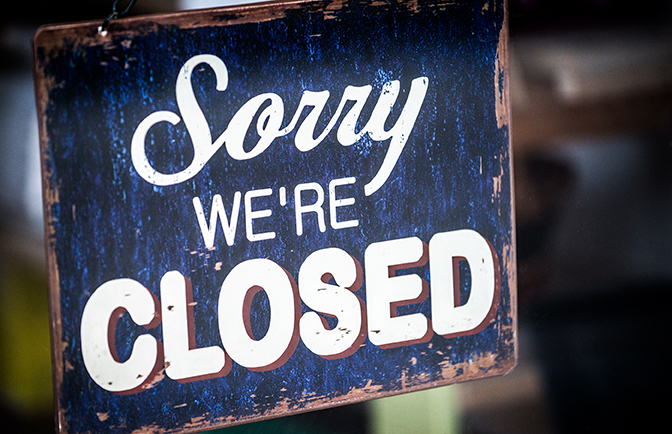 I was ten years old. My hero at the time was daredevil Evel Knievel. His death-defying motorcycle stunts were legendary, and I wanted to be just like him. So, I built a ramp out of plywood and old milk crates in my driveway, began my approach at the top of the street and launched myself and my Schwinn into the air. My bicycle and I landed in a heap on the asphalt surface, the rough aggregate turning my skin into something resembling ground meat.

There were no cheering crowds, only tears. I ran inside the house seeking comfort and sympathy, only to find my dad; a United States Marine Lt. Colonel, sitting stone-faced on the couch. After a quick visual assessment, he realized my injuries were superficial, and I was not going to die. He barked at my tears with: “Hey, You!!! Don’t bleed on the rug!!!

It wasn’t what I was looking for – I was looking for sympathy – but it was just what I needed at the time. I needed to man-up, and that’s what my dad instructed me to do. Then he told me to get a washcloth, clean up my wounds and put some antiseptic and some Band-Aids on the cuts and scrapes. It was my most memorable lesson in manliness, Marine Corps-style. The only permissible time for tears is when your dog or a family member dies, and that’s about it.

My dad is gone now, but I still chuckle when I recount the “Don’t bleed on the rug” story. The lesson stuck with me and has been very helpful when dealing with adversity throughout my life, especially now with this stroke thing. Sympathy doesn’t help you at all. The Marines feel that seeking it out is a sign of weakness. Seeking it out on a regular basis becomes a habit, making you weaker every time you do so. So don’t do it.

Having a stroke sucks big time, there’s no doubt about it. It’s no fun at all. However, I believe the best philosophy that you can adopt is this lyric from a John Mellencamp song: “Suck it up and tough it out and be the best you can.”